Researchers at the Western Cooling Efficiency Center (WCEC) at the University of California at Davis recently developed an aerosol sealant to seal leaks in building walls, floors, and ceilings. The process can be more effective and convenient than conventional methods for sealing envelopes because it requires less time and effort, and it seals the leakage area more quickly.

Multifamily buildings have many of the same leakage paths as houses, as well as additional paths hidden in walls or other cavities that are difficult to seal with conventional methods. 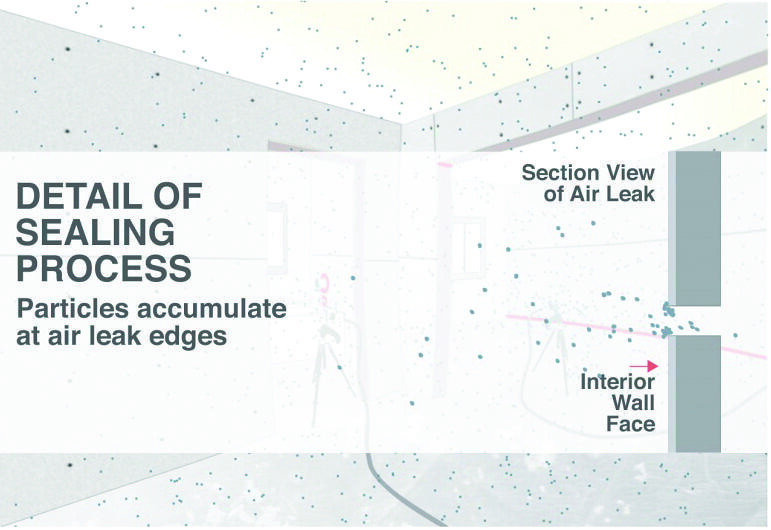 Figure 1. As air escapes the building through leaks in the envelope, the sealant particles are carried to the leaks, stick to the edges of the leaks, and eventually seal them.

How the Technology Works

The aerosol envelope-sealing technology that was used in this project was developed by WCEC. It uses an automated approach to produce extremely tight envelopes. Air is blown into a unit while an aerosol sealant fog is released in the interior. As air escapes the building through leaks in the envelope, the sealant particles are carried to the leaks, stick to the edges of the leaks, and eventually seal them (see Figure 1). standard house or duct air leakage test fan is used to pressurize the building and provide real-time feedback and a permanent record of the sealing. The technology is thus capable of simultaneously measuring, locating, and sealing leaks in a building.

There is a growing recognition of the need for tight multifamily building envelopes. The 2012 and 2015 versions of the International Energy Conservation Code require that one- to three-story multifamily buildings meet the residential energy code envelope tightness requirement of 3 ACH 50 . In addition, the EPA Energy Star Multifamily High Rise Requirements include a requirement for a maximum air leakage rate of 0.3 CFM 50 /ft 2 of enclosure (EPA 2013). LEED v4 also has a prerequisite of 3 ACH50 for one- to three-story multifamily buildings with air infiltration credits for tighter envelopes. There is a prerequisite of 0.3 CFM50/ft 2 or air-sealing checklist for midrise (four- to eight-story) buildings and annual energy use points for tighter envelopes. Effective air sealing technologies are necessary to meet these requirements. 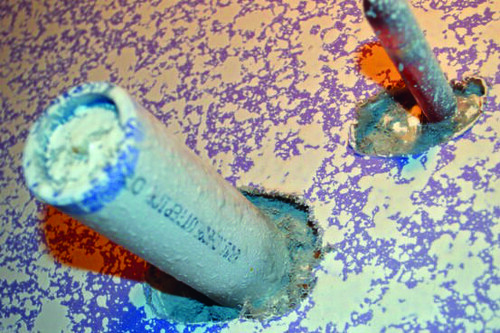